Recently, the team at Lobo UK reached out and asked us to have a look at their new range of Cannagars. We couldn’t say yes quickly enough. While we tend to focus more on CBD oils and well-being products, we have a secret love of the cannabis plant in general.

We are used to smoking cannabis, but when we were offered a ‘high-end’ cannabis experience we couldn’t refuse.  Let’s get into the review and see what we thought of Lobo Hemp Cannagars & CBD/CBG Pre-Rolls. 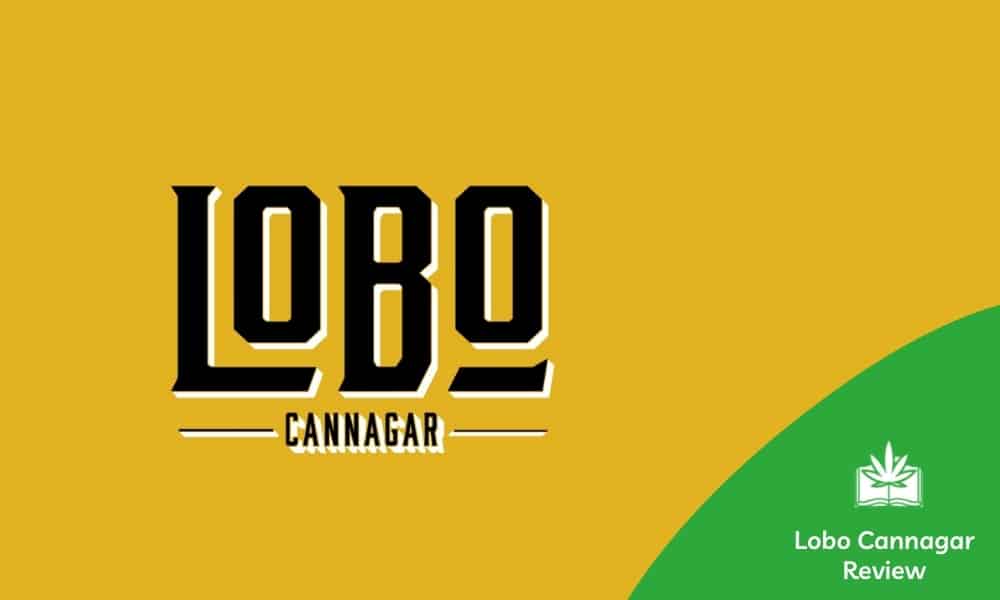 Who is Lobo Hemp?

Lobo hemp is originally a brand of premium blunts and Cannagars from the USA (California & Arizona). They are one of a handful of companies that produce high-end cannabis roll-ups and have made a reputation for themselves as one of the industry leaders. Now the company has expanded its operations and has launched its brand new Lobo UK brand.

‘Lobo’ means ‘Wolf’ in Spanish and this represents the companies desire to stand alone by rolling the best cannabis blunts in the game. When we talk about the ‘best’ cannabis in the world, it arguably always comes from California. ‘Cali weed’ is a gold standard stamp of approval in the global cannabis community.  The brand started after the owners couldn’t recommend a good place for their friends to go to get said cannabis, so they created their own brand. They say they offer the ‘blunt you wish your friend would roll for you’. 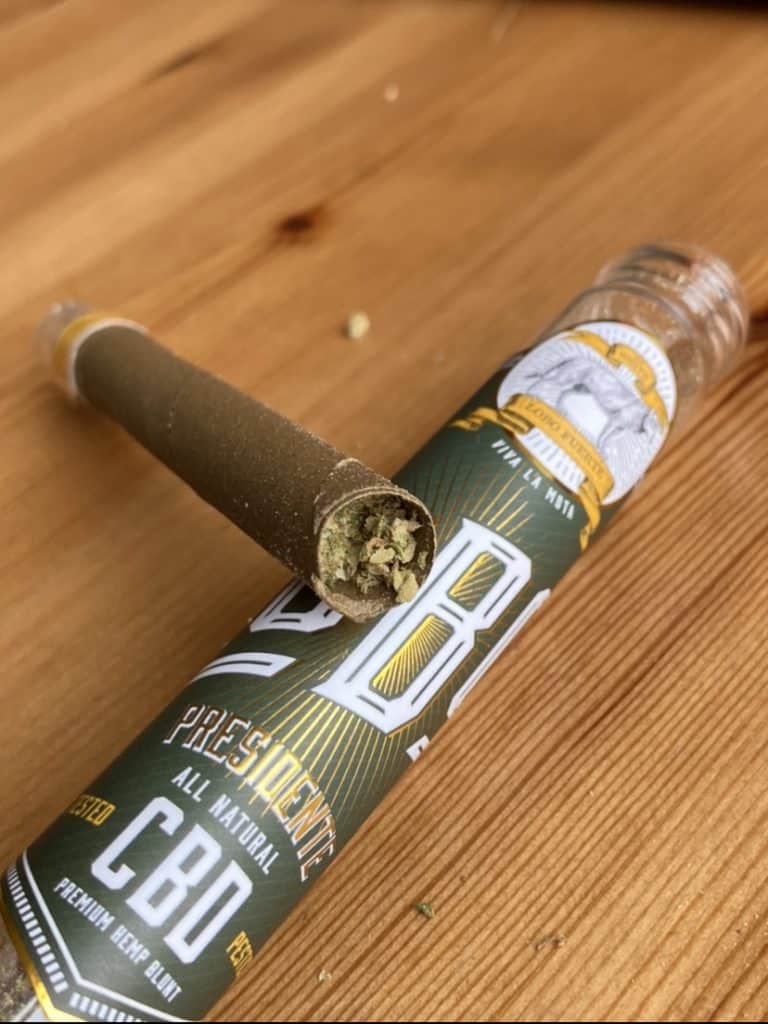 We managed to get our hands on two Lobo Presidente Cannagars with different strain profiles and two different cannabinoids. One was CBD and the other was CBG.

On first impressions, the cigar itself came in a nice little glass tube. As soon as you opened the tube you could smell the terpenes coming from the tube. The two were very different: the CBD Cannagar had a very mellow aroma with a sweet vanilla creaminess on the end of the nose. The CBG Cannagar was much more vibrant and citrusy.

The most important thing about the Cannagar to Lobo is the hemp flower that is used. It is grown in California organically without any pesticides or chemicals. It is dried and coarsely ground and packed into the cigar itself. It allows the cigar to have a slow burn and for maximum flavour. The blunt has a glass tip at the bottom and is wrapped using really nice hemp paper. The feel and smell of this cigar is amazing.

The cannabinoids are infused into the blunt through the hemp itself, but also with CBD & CBG diamonds. 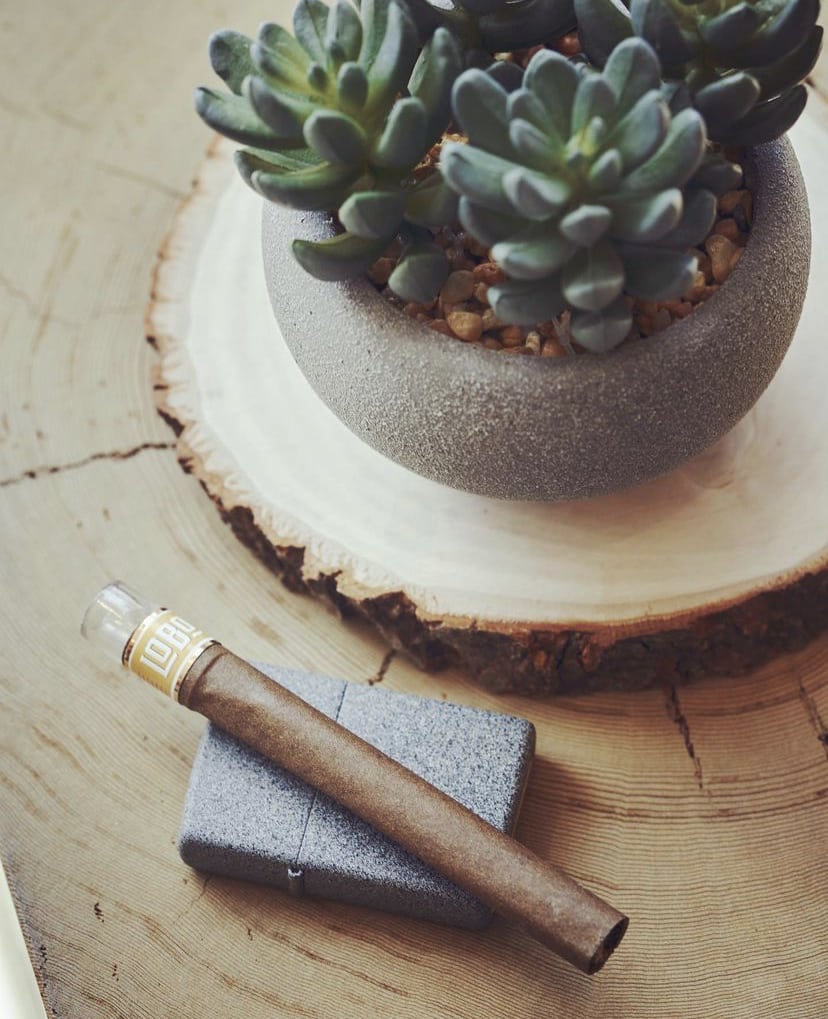 Firstly, the CBD cannagar to smoke was very smooth and had a rugged flavour. We expected it to taste like cannabis, but we found it was more like a real tobacco cigar without the harshness or bitterness. It felt clean and we noticed a sweet burnt vanilla on the exhale and a little citrusy sweet aftertaste which lingered throughout the day. The effects were very strongly CBD. The mind felt light, body relaxed and the Cannagar left us with a real sense of enjoyment. The cannagar lasted a few of us about half an hour and all of us had way more than enough to be satisfied.

We also noticed that the flavour and effects intensified as the cigar got closer to the end.

Secondly, we tried the ‘White’ CBG which was our favourite of the two in terms of flavours. It tasted grassy, citrusy and light with a hashy depth like the CBD blunt. This was a strain you could smoke on all day. The effects we’re very different to the CBD, while the CBD blunt was very body driven, we felt the CBD more in the head. It give us a happy, sleepy hazy feeling which lasted for a couple of hours.

Overall, from the presentation, the flavours and effects of the cannagars we are massively impressed and cannot wait to try more.