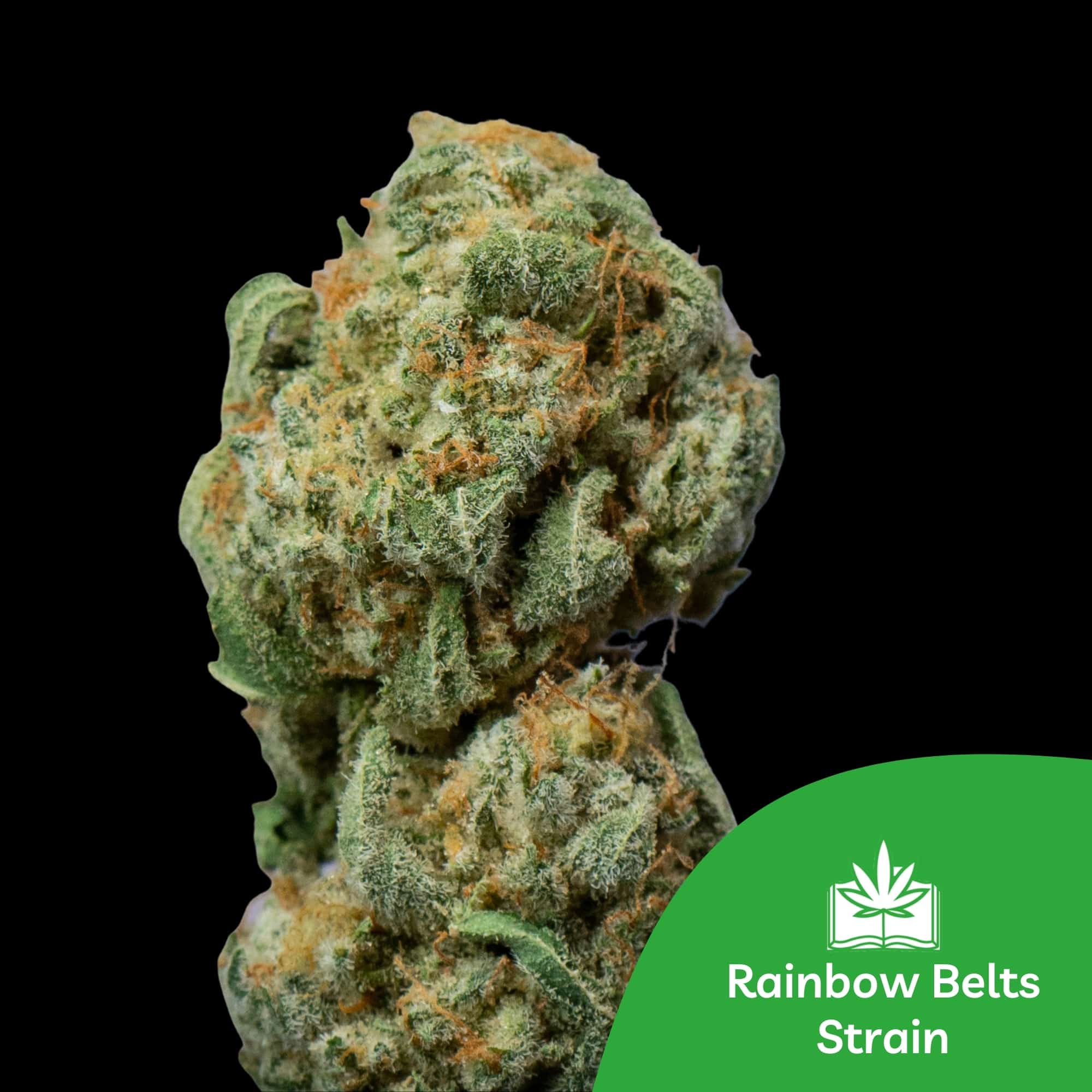 More about the Rainbow Belts Strain

We already know that Zkittlez is the finest strain on earth. It is itself a wonderful strain but its parentage has been used to produce other magnificent indica hybrids like Z Cube and now Rainbow Belts.

Rainbow Belts has been bred by Archive Seed Bank by crossing Zkittlez and Moonbow 75 (a cross between Zkittlez and Do-Si-Does). So does this stain take you moon walking or is it all a conspiracy?

With a name like Rainbow Belts you may be expecting something spectacular. Sorry to disappoint but, brutal honesty here, it is a very boring strain to look it. The structure is quite branchy and long but with a coned indica bud.

The colour palette is 50 shades of olive green, with slightly faded orange pistls. The coating of trichomes is light but the but the dense buds are packed with resin and surrounded in stickiness.

The aroma from the Rainbow Belts buds are the kind that fill the room even when the bag is opened.

The first thing you may be struck by is a flurry of fruits like strawberry, grapefruit and blueberry with a pungent chem funk which cuts the scent off nicely.

To smoke, the flavours of fruits really come through nicely. While there is an element of floral herb note to Zkittlez, the Rainbow Belts replaces that with an OG grassiness which brings about a sweet and sour complexity. It is a surprisingly delicious strain which is best enjoyed in a dry herb vape or a bong. While a joint is lovely, the flavours need to be appreciated at their peak.

We found that the Rainbow Belts strain has taken a lot of the best from Zkittlez with an added euphoria which must come from Moonbow (we haven’t tried this strain yet).
You may expect the strain to hit your body first and wash away the tension and troubles of the day, lulling you into a cloudy, hazy relaxation which may feel a bit like a couch lock to new-comers. There is a heady element that is uplifting, happy and ‘chipper’. Overall, a very nice strain to enjoy in the late summer evening while sitting outside on a huge, soft lounger.
Close Menu
×