What is Starflower Oil? 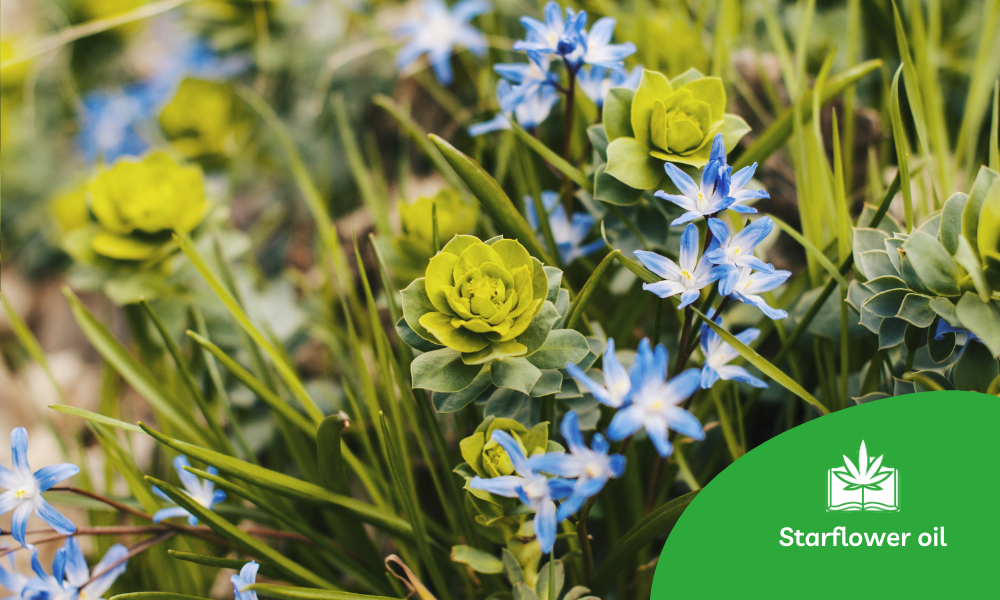 Starflower oil is largely unknown and one of those supplements that you find by accident. In saying that, Starflower oil have been used as a herbal remedy for years and is only just being understood in the same way that cannabinoids are. Although you may think that starflower oil is most common in the form of a capsule, or tincture, it is actually very easily found in the ingredients of lots of things - like cosmetics and other health remedies.

What is Starflower Oil?

Starflower oil extracted from the seeds of the Borago Officinalis (borage plant) which is known of its blue star-shaped flower (hence the name). The plant is most commonly found in Europe and Northern Africa. It has been used as a natural remedy here for generations and is known to have been prescribed by Dioscorides (an ancient Greek physician) and infused with wine and given to soldiers. It has been said to give them a much-needed boost of courage.

Although the starflower extract has been used thousands of years, modern science is starting to slowly uncover the real benefits of Starflower oil.

The oil is naturally rich in plenty of essential fatty acids which well known to us in the CBD world. Firstly, the oil contains gamma-linolenic acid (which is an MCT/ can be found in an MCT oil) which is said to aid the reduction of swollen joints and omega-6 (which is found in hemp seed oil/ hemp extract) which is essential for growth and repair of cells and reduces inflammation.

Much like CBD, it is also said to aid the symptoms of menopause (like mood swings, hot flushes, inflammation) - unlike CBD, it may, however, not improve your quality of sleep.

We've also heard some talk about the benefits of Starflower oil for hair, but we'd say hemp seed oil is much better suited to this. As Sofia Latif explains;

So you might want to try hemp seed oil for hair rather than Starflower oil.

The main drive for people to search out the Starflower oil are the symptoms of arthritis. During a blind trial, a study experimented with a combination of starflower oil, fish oil and a combo of the two to identify whether there was any improvement on the symptoms of rheumatoid arthritis. The study identified that out of the three control groups, those who took starflower oil found that their symptoms were significantly reduced. We are unsure whether these findings have been repeated but it suggests that the oil could be used as a natural remedy which could help to improve the quality of life for those suffering from arthritis. It can't hurt for sure!

Secondly, it was found that a topical application of starflower is effective at reducing the symptoms and appearance of eczema. It is why it is an ingredient in many cosmetics. Not only does the oil's anti-inflammatory properties help to reduce the redness and itchiness of your skin, but it also provides has a protective barrier which will protect the damaged skin.

CBD and hemp extracts do exactly the same - a topical CBD product will help reduce the symptoms of itchiness and redness. A good CBD cosmetic may be a perfect alternative to some of the harmful steroid creams that are often prescribed. Although these medications are very useful, it may be worth trying out and see how it goes. 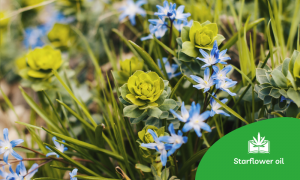 We're obviously big fans of CBD oil, but we also see the benefits of other plant oils like Starflower oil. Give it a shot!