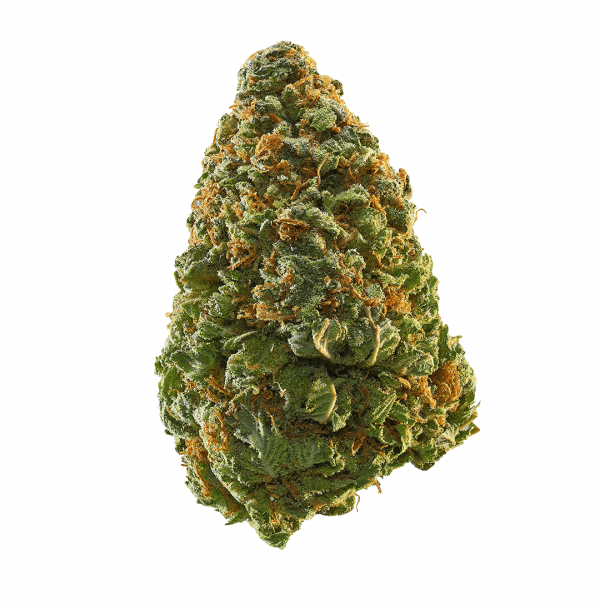 Green Crack sounds nasty doesn’t it? Despite the name, the Green Crack Strain (also called Cush) is all cannabis and some serious stuff too.

The names of this strain was changed by the very same Snoop Dogg after he sampled the strain and felt its intense sativa effects. While the battle of what to call this strain rages on (to avoid the stigma of cannabis being associated with Crack) everybody can agree that the amazing Sativa effects and the fruity, early flavours are ones for the history books.

Speaking of history books – like all classic strains the true origins of Green Crack is not completely known but it is thought to have been bred in Athens GA in the 1970’s. It is said to have descended from Skunk no1 but some also say that the Afghani genes are there too.

To look at the Green Crack strain has a dense indica structure but is clustered, rather than chunky. Depending on the phenotype the strain can either be a pale green and yellow, or a deep deep purple (this is caused mainly by cold cultivation).

Expect to get sticky fingers as the strain has a thick layering of milky trichomes.

The Green Crack / Cush strain’s aroma is a stunning mix of sharp citrus and earthy wood. The smoke is nice and smooth so it isn’t too harsh on the inhale. You should detect notes of mangos and tropical fruit before a spicy, hash (classic Afghani) comes through on the exhale.

As soon as the smoke is exhaled you will feel the strong buzzy sativa effects creeping in. First, users will experience a boost of energy which surrounds itself around your mind. It makes tasks, such as housework, much less tedious. Users should also expect to find themselves with a sharp focus which gives you clarity about details in films or songs; this leans into Green Cracks psychedelic effects where lights become brighter, sound becomes clearer and time is oddly stretched and bent.  Most of the effects are energising, but there are some who do experience a relaxed body high with an energised head.

Like most powerful Sativa strains, this would be one to take easy. Ut’s intense heady high may leave less experienced smokers in a whirl of recurring thoughts, paranoia and anxiety.