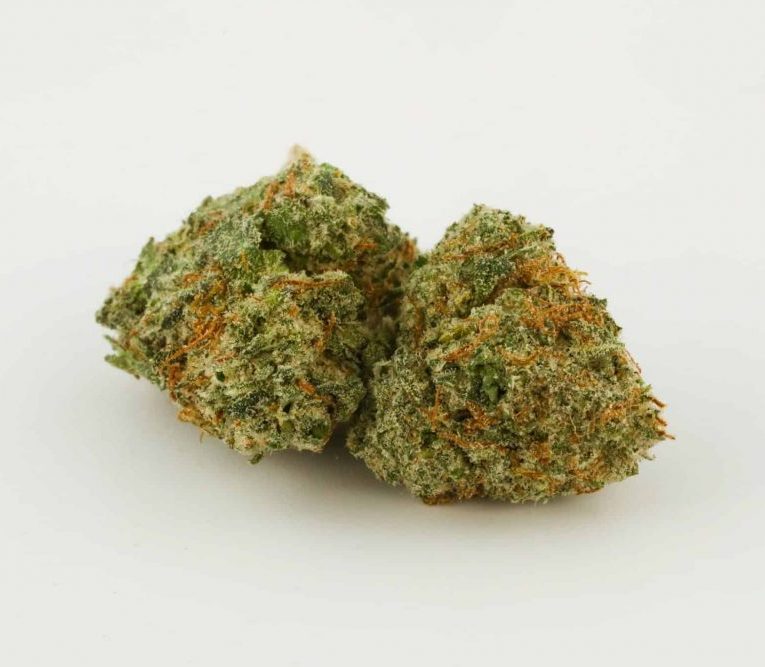 Growers in Europe seem to love to produce mind meltingly strong strains of Cannabis, and the Critical Kush strain is no exception. This is a 100% Indica strain from Barney’s Farm and is a cross between Critical Mass and OG Kush.

Like other powerful Amsterdam based strains, the THC levels in Critical Kush have been tested up to around 29%, and is a staple in many European coffee shops. The potency of this Indica will certainly leave you in a ‘critical condition’ – a cliche by true.

The Critical Kush buds are medium to large sized, which are tightly packed and dense with sticky resin. As a pure indica you should expect some effort to break the sticky mass apart to unleash the complex and appealing aromas.
The leaves are bright green with twisted rusty orange pistills, and a buttering of shiny trichomes which are on both sides of the leaves. You may need a grinder to break the buds up properly, and a little spade to scoop out all the goodness.

If you’re a fan of strain like Cat Piss, then Critical Kush may be the flavour profile you’ve always been searching for. The aroma can be described as ‘dank’ and comes with a pungent earthy funk which is hard to shift. While there are some hits of citrus, you should expect the spicy, hashy undertones of Kush.

Some users report that the smoke is harsh and may sting the eyes and leave you coughing in a spicy, smoky mess. On the exhale you should expect the flavours of pine and spice, with elements of bright citrus.

The flavours are not on our top ten of the most flavourful, but it is an acquired taste – and the effects are what users will be looking for.

As a 100% Indica, the effects of Critical Kush creep up on you. It is a common mistake (especially for those used to fast acting strains like Super Silver Haze or Stardawg) to take a few tokes without feeling any effects. It may lull you into a false sense that this strain will not have an effect on you.

Users should wait at least 10 minutes while sampling this strain before upping their dose. The effects start slowly, but you will feel a tingle of relaxation as it washes gently over the body. Tension will disappear, and the heart rate will be calmed. While there are some mental effects, users report their the head is generally quite clear (other than  brightening of colours/ some distortion).
In smaller doses, the strain is good for relaxing while cleaning, or enjoying a recreational pass-time. Music and films to pass the time will be an enjoyable chilled experience as the worries of your day will be locked somewhere deep for a while.
While Critical Kush can be taken in social settings, the strain may trigger couch lock in higher doses which may leave you completely unable to do anything but sit and daze the evening away.
The flavours are not so great, but the chilled long lasting high is exactly what makes this strain so sought after.
Close Menu
×