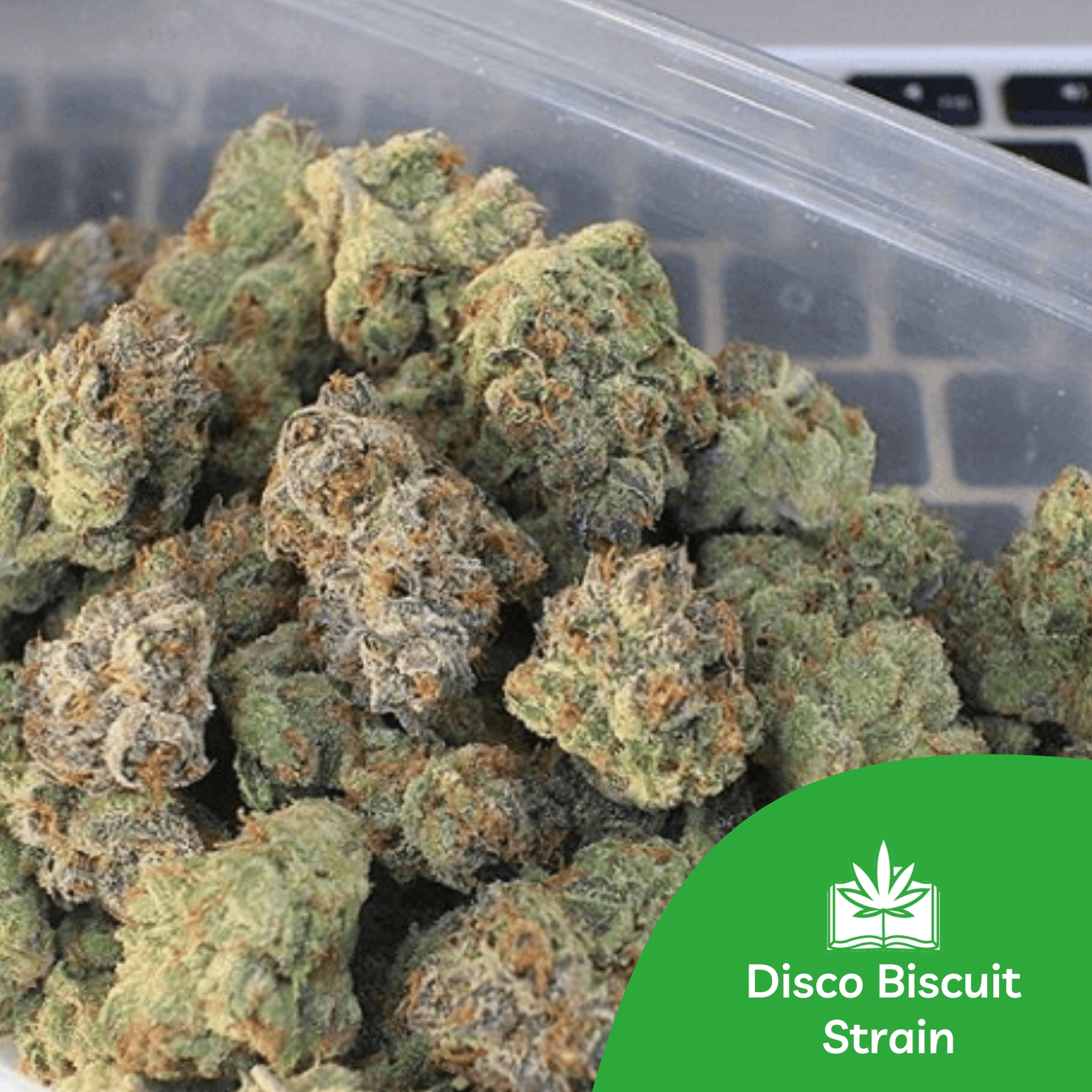 More about the Disco Biscuit Strain

There is a lot of buzz around the Disco Biscuit Strain and it has taken on its own cult following. The strain comes from Underground Originals and is said to have been bred in the early 2010s by crossing Girl Scout Cookies and UGORG1.

The name for the award winning strain is particularly interesting as it has been named directly after a party drug combination with the same name. Disco Biscuit is a dominant indica hybrid with a unique effect and flavour.

It is a winner of:

When you compare the Disco Biscuit strain with other classic UK strains, it is hard to tell it apart. We have seen some with light green leaves and others with a deeper green colouring and elements of brilliant blue.
The strains structure is not as tight as a classic indica, and is quite loose and leafy. It does have the classic cone shape but the leaves and trichomes can be long and fluffy.
As you’d expect, the strain has a thick and wholesome covering of THC trichomes which makes the strain slightly sticky and very strong.

To compare the Disco Biscuit strain with something else is going to be difficult. It is very unique but does have strong connection to its parent strains.

There is a lovely sweet creaminess that comes though and it cut with a harsh (but not too harsh) chem-funk. Overall the aroma is very floral and leaves you wanting more and more. It is incredibly delicious and smells great.

The pungency of the strain may alert your neighbours to the presence of weed, but they are more likely to come and ask for some than call the police.

With a name like Disco Biscuit, you think you know what to expect. A Disco Biscuit (although it changes) is typically a party drug used to enhance feelings of euphoria and get you ready for a party. Don’t be alarmed that this strain is an indica, because you’re unlikely to glue yourself to the roof.

The strain’s effects start in the body with an overall relaxing high which melts your days troubles away. Some users experience a euphoria and focused head high which glows through the indica cookies traits.

Overall, a very enjoyable high that makes the most of a physical relaxation and a euphoric heady high.