We have noticed in the last couple of months that Lions Mane Mushroom extracts and capsules have become the go-to non-CBD product for CBD companies. This is potentially down to the issues caused by the Novel Food Legislation but also just because neurotropic are the newest trend in ‘alternative’ wellness.

When we say ‘trend’ we don’t mean it is a fad. Fungi have been found to be extremely beneficial for our wellbeing and work in a very similar way to CBD. It makes mushroom extracts a perfect addition to your daily health routine alongside your CBD.

Let’s looks at the benefits of the Lion’s Mane Mushroom (also known as Hericium Erinaceus) and draw out why they are becoming more popular? 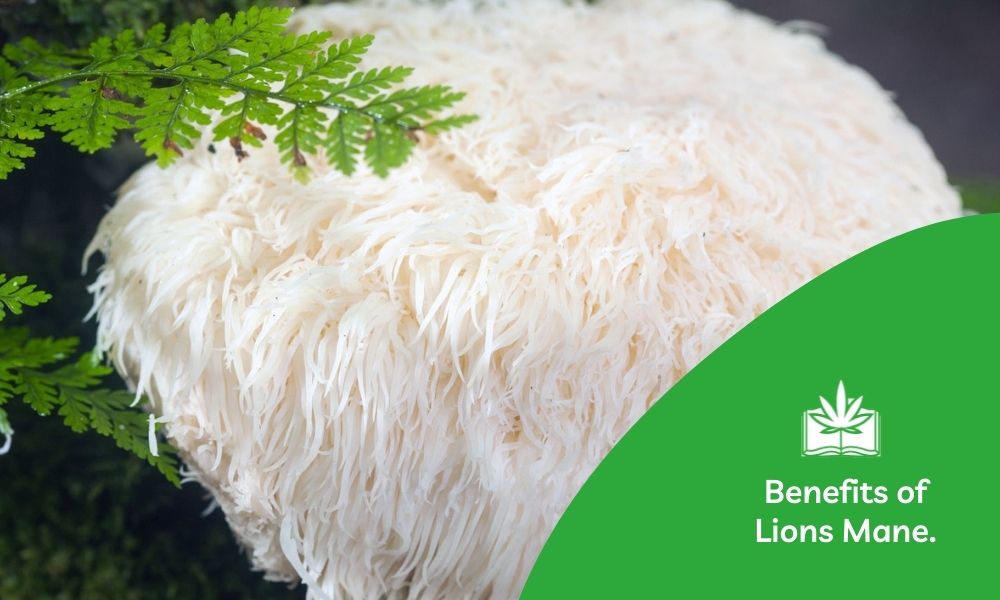 What is a Lion’s Mane Mushroom?

A Lion’s mane mushroom is a very strange looking thing. It is a large white shaggy growth that attaches itself to hardwoods. The appearance makes it looks as though it has a shaggy mane like a Lion. The mushroom is generally found in the UK but also in the SA, some places in Europe and Asia. It has been used as a natural Chinese remedy for memory, mental clarity and to increased energy.

Most of the time the Lion’s Mane is eaten raw, but it is also cooked, dried, or made into a tea (very common in China). These days you can find Lions Mane everywhere – in powered forms or capsules and reported benefits are cognitive function, heart health and improved digestive system

Lion’s Mane mushroom is known mostly for its cognitive boosting properties. Lion’s Mane has been found to be nootropic and contains chemicals that can improve memory and cognitive speed in mice. The Hericenones & Diterpenoil Erinacines in the mushroom can stimulate the regeneration and growth of neurones and build new pathways in the brain.

Alongside this, they help to prevent damage to the brain and can push back mental degeneration as we get older. This makes Lion’s Mane a potentially amazing supplement to keep your brain healthy and working at its top capacity.

There is an argument to be made that the gut is the key to a significant amount of our well-being woes. Our internal workings are a delicate balance of bacteria and microbes which help us digest food and can change the way our brain works. Our diets in the UK consist heavily of fatty, sugary, salty and processed foods. This cultivates certain kinds of bacteria which can affect the way our body runs; potentially dampening our immune system,

Studies have shown that a daily supplement of Lion’s Mane mushroom can help to protect the naturally ‘good’ bacteria in our gut. The mushroom has been found to reduce levels of H. Pylori bacteria which is known to cause ulcers and other digestive issues. The supplements also boost our body’s ability to protect itself from outside invaders: a study found that Lions Mane promoted a healthy ecosystem which even stifled salmonella bacteria in the gut for 4 times longer than is usually expected.

Inflammation is a completely normal part of our body’s response to a problem. It is the way our immune system responds to problems and to protect us from damage. The issue is that chronic inflammation can cause long term health issues. This is called ‘oxidative stress’ where the body has more ‘free radicals’ than ‘antioxidants’.

Research has highlighted that Lion’s Mane is extremely high in antioxidants and can help to reduce chronic inflammation.

While many of these claims need to be backed up by science, it is clear that the Lions Mane Mushroom is extremely good for us. Get some!